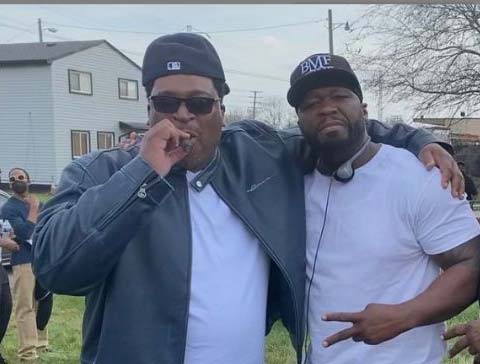 A lot of people want to know about the Big Meech family and also about their BMF business. So, what’s it all about and how did they get so popular in the first place? If you are curious about that, then it’s time to go through this article. Here we will mention a few riveting facts about Demetrius and his brother Terry Flenory.

A lot of people know Terry Flenory aka Southwest T Flenory as Big Meech brother. So, the sources tell us that the brothers, Terry and Demetrius grew up together on the streets of Detroit. They dealt with cocaine in their high school life as well before forming their huge empire famous as the BMF.

The sources tell us that Big Meech aka Demetrius built this entire network with the help of his brother Terry during the late 80s. The US Department of Justice said, “At its peak during 2003-4, the BMF was moving hundreds of kilograms of cocaine into Atlanta, Detroit and other distribution hubs every month…the drugs would arrive in vehicles- often limousines, with secret compartments or traps.”

Naturally, we can see that the brothers had a huge connection and a lot of influence. They made a huge network and fortune as well. However, it’s worth noting that there was a clash between the brothers in 2001. Perhaps that’s what led Terry to relocate his business to LA.

Now that we know about how the brothers started their business, let’s talk about Big Meech brother, terry lee Flenory. As per the sources, he was born in the year 1972, on 10th Jan, in Detroit, Michigan, USA.

He is famous in the country for being the brother and the business partner of Demetrius Flenory aka Big Meech. They are both famous for their illegal activities such as cocaine transportation, money laundering business, etc. If Demetrius is the founder of the BMF then Terry is the co-founder. Together, they have done a lot of illegal activities between 1990-2005.

However, the sources tell us that police arrested Terry and his brother in September 2008 for their crimes. It’s because of the Documentary TV series Black Mafia Family (26th Sept 2021), that Terry has come under the limelight once again.

Terry Lee Flenory has led a very luxurious life and he has time for romance as well. As per the source, he tied knots with his wife Tonessa Welch, who is an executive producer for NotoriousQueen. In addition, his wife is also a brand influencer. Together, Terry and his wife have a lot of pictures on their social media profile.

Where Is Terry Now?

As we know, the police arrested both Terry and his brother Big Meech in the year 2008. They seized millions of dollars, several homes, and dozens of vehicles as well. In fact, the brothers also pleaded guilty to running an illegal criminal enterprise. The sources tell us that police released Terry into house arrest in May 2020.

However, there are a few sources that claim that someone shot Terry dead after he was released from prison. But, there’s no way to confirm this news. On the other hand, his brother Big Meech is behind the bars.

Must Read: The Player-Turned Model Elsa Hosk’s Life: Why Did She Choose To Become A Model?