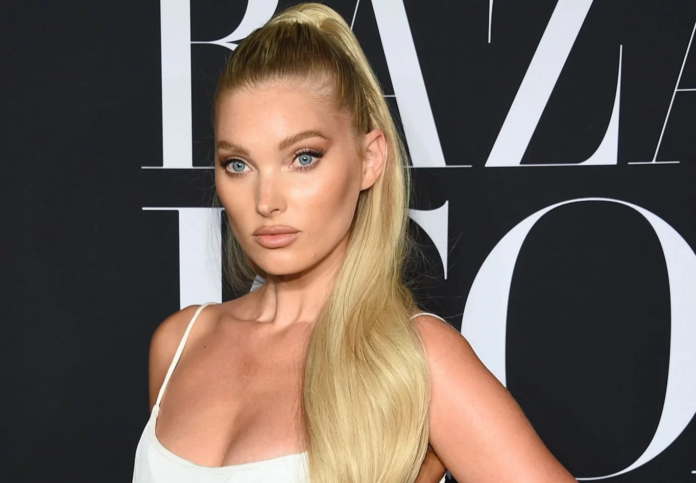 Elsa Hosk, born on 7th November 1988, is a Swedish model and former Victoria’s Secret Angel. She has also worked with famous brands like Dior, Dolce & Gabanna, Ungaro, H&M, Anna Sui, Lily Pulitzer, and Guess. As per the sources, she modeled for Victoria’s Secret, appearing in the brand’s annual fashion show from 2011 to 2018.

In addition, she has also appeared in many of the brand’s campaigns, especially for the sub-division PINK. As per the sources, in 2015, she was announced as one of the ten new Victoria’s Secret Angels. Moreover, she also played professional basketball in Sweden. So are you eager to know more about Elsa Hosk’s life? Stay tuned to us until the end, as we will share some significant details about her. Let us take a look!

As we said, Elsa Hosk was born in Stockholm, Sweden, on November 7, 1988, to Swedish father Pal and Finnish mother Marja. In fact, she grew up with two brothers. Her family loved sports a lot. Therefore, when Elsa showed interest in sports, they supported her entirely. As a child, she devoted most of her time to sports, of which basketball was her favorite.

So owing to her love for outdoor sports, Elsa grew up to have an athletic build. This also led her father to get her photographed and do her audition for modeling jobs. Even though initially Elsa was not too keen on making a career in modeling, she, later on, accepted it. Her family continued to support her as much as they could.

Therefore, along with modeling, she also continued with her basketball practice. At times, she also had to skip school to get enough practice. Eventually, she got better at the game and joined a local team, Zero Eights.

What Did She Do After Completing Her Education?

As per the sources, Elsa Hosk’s photos were shortlisted by a few agencies. So she took up modeling as a part-time job at the age of 14. However, she was serious about both academics and basketball and modeled just for fun without imagining a concrete future in that field. But after graduating from high school, she determined to a career in basketball.

However, when she learned about the pathetic condition of women’s basketball, she decided to give it up for good after a few months of struggle. She ventured into modeling again. Soon she found it difficult to give equal time to basketball and modeling. But ultimately, she chose the latter, as it provided her an opportunity to travel the world.

Elsa Hosk As A Successful Model

Elsa started her modeling career with a few local Swedish brands and was sent to Japan. Being a young model, Elsa was made to work rigorously. At times, she also did three jobs a day. She recalls that her experience was one of the foundation stones of her career.

However, after modeling for a few more years in Sweden, she moved to New York City. She was offered a contract by IMG Models, one of the biggest modeling agencies in the US. They hired her as a model for “Guess” and “Ugg.” These are two of the biggest fashion brands in the world. But many of her fans believe that she became famous only after walking the ramp for Victoria’s Secret. Needless to say, she was at the peak of her career at this time.

Elsa Hosk’s love for basketball did not subside even though she had completely shifted to some other career. She might not get enough time to play; however, she picks up a basketball whenever she is free.

In fact, Elsa has also shown her support for “Fair Girls,” an organization that works against human trafficking. Moreover, the 2013 Disney film “Frozen” featured a character named Elsa, which was probably based on her. Elsa has been dating a British businessman Tom Daly since 2015.

So as we conclude, we can say that Elsa Hosk is one of those celebrities who has multiple talents. She is an amazing basketball player, along with a successful model. We hope she is able to achieve more milestones in her future endeavors as well.